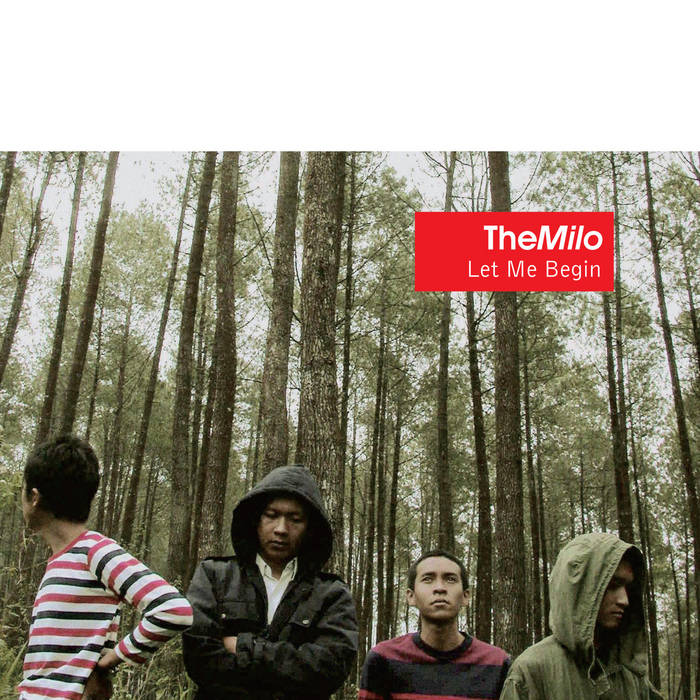 Themilo's could be said the sonic adventure of Ajie Gergaji. He create this band as his vessel, with other members of the band at the time, to explores the music that they like, shoegaze and dreampop.

Themilo’s first album “Let Me Begin” (2002) has a different sound from Side A to Side B. Side A is fuzzy, distorted, sounds like early Boo Radleys, Ride or Revolver. Side B is pretty much dream pop and ethereal like Slowdive and Cocteau Twins. Some of the most legendary songs from Themilo like “Lazy” with Sir Dandy and Alvin Yunata of Teenage Deathstar can be seen in this album. The track “Malaikat” and “Romantic Purple” also became the single from this album back in 2002 and have their own MVs, both were popular in national television.

Themilo also collaborated with Alexandra J. Wuisan (Sieve) on the track “Yins Evolving” and “Sianida” in which Alexandra wrote the lyrics and filled in the vocals. “Let Me Begin” for Anoa Records is one of the most essential local shoegaze album. Cherry Bombshell’s mini album back in 1994 can actually be assumed as the earliest shoegaze release, founded by Ajie Gergaji.

The album is like a mozaic from Themilo, touching a lot of their references, adding their own slant in the process and has become one of the most sought after releases today.

And for Indonesia's shogaze local scene, this album was a landmark for the scene itself.

“This album is one of those albums that has become a myth. You can check discogs to grasp how important this album is. Themilo’s first album proves to be a platform for local shoegaze and hold up pretty well until today as a momentous release in the local scene.”
(Argia - Noisewhore)