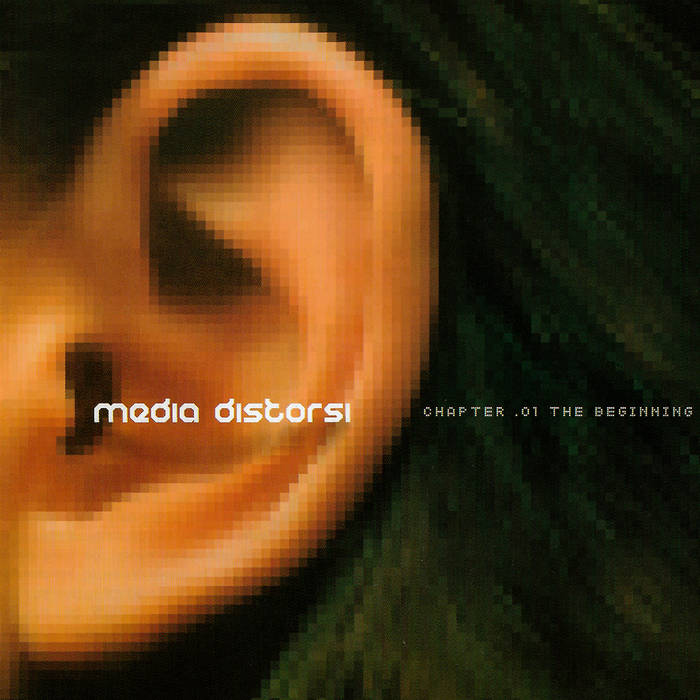 Like the generation that grew up in the Electronica era (the booming electronic music wave in the mid 90's, until the late 90's), Media Distortion in its music sounded a lot of great electronic music styles at that time, such as: big-beat, trip -hop, downtempo, drum n bass, techno, and house.

It's still fresh in my mind when the music video for "Confession Part 2" from Media Distortion was often played on local MTV in 2002. Outside of Media Distorsi, Agus Sasongko released several solo singles for compilations and film soundtracks, and founded an independent record label, Lil. ' Fish Records. Meanwhile Indra7 is now one of the leading DJs in the local techno/EBM scene in Indonesia.

This reissue of Chapter 01: The Beginning (2002) by Media Distortion is an important relic and a reminder to the Indonesia electronic scene that 18 years ago there was an essential album that became the foundation of today's lively local electronic music scene.